More than 2700 years back a huge university existed in that ancient India where over 10,500 students from all across the world came for higher studies.

This was the TakshaShila university of ancient India (wrongly spelled as Taxila today). During its times this university was the IIT and MIT of the world, where the students from all across the world used to come to attain specialization in over 64 different fields of study like vedas, grammar, philosophy, ayurveda, agriculture, surgery, politics, archery, warfare, astronomy, commerce, futurology, music, dance, etc. There were even curious subjects like the art of discovering hidden treasure, decrypting encrypted messages, etc

Students were admitted to this university at the age of 16 after they had completed their basic education in their local institutions. Every single graduate who passed out of this university would become a well sought after scholar all across the subcontinent!

Admission into this university was purely based on merit. The students would opt for electives and then would do indepth study and research into their field of choice.

Some of the students who graduated out of the Takshashila university included the great political master Chanakya (also called Kautilya/Vishnugupta who not only authored the world’s finest work till today on political duties, statecraft, economic policies, state intelligence systems, administrative skills and military strategy, called the Artha Shastra which consists of 15 books, but who also guided Chandragupta Maurya as a mentor who founded the Great Mauryan Empire, and also served as the prime minister of the Mauryan Empire!) 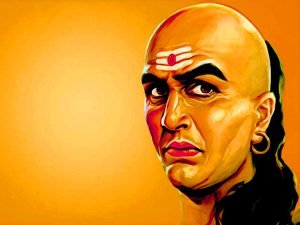 In fact Chanakya is known to be the third most famous management consultant in India after Krishna and Shakuni. Krishna is at the top with his successful guidance of the Pandavas in Mahabharatha. Shakuni is at the second position for successfully guiding his camp of Kauravas, without Shakuni’s consultancy, Kaurvas were nothing!

Then comes Chanakya who guided Chandra Gupta Maurya to lay the foundations of the great Mauryan Empire. The Great Indian emperor Ashoka was the Grandson of Chandragupta Maurya. You can read an earlier article of mine on Ashoka here .

Takshashila , the place where this university existed, is currently in Pakistan, and gets its name from Taksha, who was the son of Bharatha (the brother of Rama). Taksha ruled over the kingdom of Taksha Khanda which even extended beyond modern day Uzbekistan, and Tashkent -the present day Uzbek capital also gets its name from Taksha/Takshashila. Click here to see a collection of modern photographs of Takshashila.

Panini was another great product of this university. He was an expert in language and grammar and authored one of the greatest works on grammar ever written called Ashtadhyayi. Ashtadhyayi means eight chapters and is more complicated and at the same time highly technical and specific defining the features and rules of Sanskrit grammar, like how we have modern day books on computer programming languages like C/C++.

Another great student from Takshashila university was Vishnu Sharma , the author of the great book that teaches the art of political science in the form of simple beautiful stories called the Pancha Tantra (meaning the five techniques). It is said that Vishnu Sharma wrote these stories in order to convert three dumb princes of a king into able political administrators within a span of six months!

Charaka, the famous ancient Indian ayurvedic physician was a product of Takshashila university. He originally authored the Charaka Samhita (simplifying an even older ayurvedic work called the Agnivesha Samhita) which along with Sushrutha Samhita, Ashtanga Sangraha and Ashtanga Hrudayam forms the root of modern Ayurveda. Charaka said, A physician who fails to enter the body of a patient with the lamp of knowledge and understanding can never treat diseases .

Jivak was another genius who came out of the Takshashila university. He was a doctor and an expert in pulse reading (understanding the health status of the body by just listening to the person’s pulse!). He studied Ayurveda in Takshashila University for seven years. His areas of specialization was Panchakarma, Marma and Surgery.

Jivak was the personal physician of Buddha and also cured the Nadi Vran of Buddha! He also worked with the great classic beauty Amrapali and ensured that she retained her youthful countenance and performed many amazing operations on her using only Marma points and surgical procedures! He also invented a cure for Filariasis. There are over 15000 handwritten manuscripts of Jivak’s expertise passed on by generations to their children and are still preserved in India even today.

As an ancient sanskrit quote says:

Below are two pieces of episodes from the great television serial ‘Chanakya’. The conversation is in ancient Hindi with a 100% Sanskrit touch. Chanakya lived between 350-283 BCE.

In the second video below Chanakya rebels against the King Ambi (the one who is seen on the horse) and warns him against allying with the Greek invaders to fight against Indian kingdoms, saying he will have to face dire consequences if he does so. It should be noted that it was Chandragupta Maurya who later under the able guidance of Chanakya wipes out all traces of Greek invasion from India, and builds the mighty Mauryan Empire.

Chanakya warns the king Ambhi who visits his gurukul (school), against allying with the Greek

Gurudevhttps://www.hitxp.com
Gurudev is the developer of Gurunudi AI Platform. This is his official website where he pens his thoughts on a wide range of topics, answers queries, shares resources and tools developed by him.

Documentation of ancient Indian history and the historical events of Indian civilization in the form of Itihasa and Puranas - Ramayana and Mahabharata.
Read more
History

The Secret Role of Karma in Mahabharata

The seeds of Mahabharata were sown long back Duryodhana or Dhritarashtra were born. The story of Kaurvas and Pandavas is only the second half of the cycle of Karma. So what is the first half?
Read more
History

The legacy of Sardar Patel – the Unification of India

Sardar Patel played a crucial role in integrating all princely states into India. Junagadh, Kashmir and Hyderabad were the special cases he handled.
Read more
History

India is a Civilization, not just a nation – Hinduism is a culture, not a mere religion

How does GOD helps us?

Do prayers really help? Do miracles happen when we are in trouble? Does God really help us in times of need? Are prayers enough to save us during bad times? How should we face problems?
Read more

A Sanskrit poem about Ramayana when read in reverse direction becomes a poem on Mahabharata!
Read more

Documentation of ancient Indian history and the historical events of Indian civilization in the form of Itihasa and Puranas - Ramayana and Mahabharata.
Read more

Online Education should be interactive and innovative – Fun to Learn

For online education to succeed for smaller classses - it should be as interesting as cartoons. Online education cant succeed unless it is more interesting, interactive and innovative than offline schooling.
Read more
Load more

Indian ancestry of Prince William’s DNA, why not just Armenian?